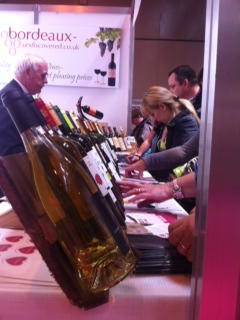 We are very excited at Bordeaux-Undiscovered to be involved in the Harrogate Great Christmas Show. Our wines will be making their first visit to Yorkshire and it will be great to meet some of our regular customers from the area.

Our stand number is E06 and we will be offering visitors to our stand the chance to enter a free draw to win a case of wine which  will deliver in time for Christmas!

Christmas is always a special time of year and we have some superb quality wines to show off at very keen prices. Everyone loves a bargain and our wines will be no exception. We have wines for every occasion, the majority of which will be under £10 a bottle.  What's more when you buy a case of 12 and we will deliver to your door for free and guarantee delivery for Christmas!

We have something for everyone from delicious Whites, fruity Rosés and smooth Clarets to unique Champagnes and Sparkling Wines!


Our forté is food and wine pairing so when you buy from us you can trust that the wines you choose will compliment whatever you will be preparing for your guests at Christmas and beyond. Come and have a chat with our friendly staff and experience the wonders of Bordeaux wine! 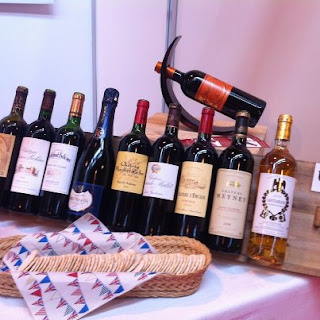 (www.camberleyguestaccommodation.com)
Posted by Camberley at 09:48 No comments:

Victoria Hislop is most famous for her first two books The Island and The Return which have been translated into 30 different languages.

The Island is a romance and set against the background of a 20th Century Leper colony on Spinalonga off the North East coast of Crete and reached the no1 best seller list in the UK for 8 weeks with a series based on the book being shown in Greece with over 3/4 of the population there watching.

For her third novel she has returned to Greece for The Thread which is based in the city of Thessaloniki and covers the relationship of Dimitri and Katerina against the background of fire, population shift, earthquake, occupation and civil war.

Hislop prides herself in making history interesting and digestable, combining facts with a genunie and interesting narrative you learn without realising it.

Mrs Hislop will be appearing at the Wesley Chapel Harrogate as part of the Harrogate International Festival on July 6th at 7.30pm. At time of publishing there were still tickets avaliable from
www.harrogateinternationalfestival.com or 01423 502116


(The Wesley Chapel is only 7 minutes walk from The Camberley www.camberleyguestaccommodation.com)
Posted by Camberley at 10:04 No comments: